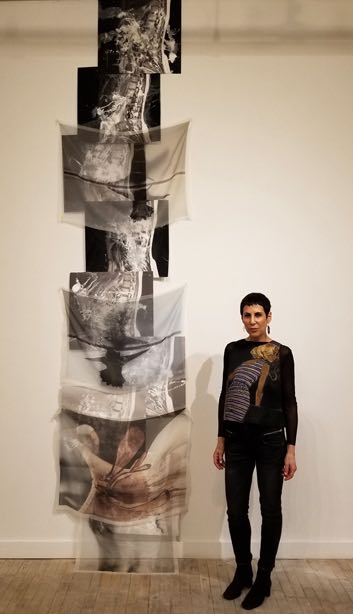 Schwartz’s work has been shown at a solo show at Studio 1608, Miami Florida (November 2018); and several group shows including “Arrested Heart,” at Postcards from the Edge, New York (February 2019); “Winds over Haiti,” Hampton’s Artists for Haiti, Southampton, New York (June 2018), “Prayer,” New York School of the Arts, New York; and “Female,” the National Academy Museum & School, (October 2017). Her work has been featured in the CLIO Art Fair, New York (October 2017 and March 2018). Her work appears on Artsy.com, and has been included in the publication Room 2.18. She has participated in several residency programs with Michael David culminating in group exhibitions at David & Schweitzer Gallery, Brooklyn, New York. Schwartz will be showing new work at SPACE 1, in Rome in March of 2022, and will have a solo exhibition at Mu Gallery in Chicago in June 2022.